Flower of the Month: Bluebell

In researching the bluebell our usual contributor, Susan, found a BBC video and so suggested that I take over this post this month.  So here goes:

Common bluebells are anything but ordinary, with a spring woodland carpeted in masses of bluebells a sight to behold. This spectacular botannical display is only found in northern Europe, with Britain containing more than half of the worlds population. Common bluebells are a protected species in the UK. The main threats to their survival is people picking the flowers and illegally digging up the bulbs. Hybrid bluebell species, because of crossing with the Spanish bluebell, are also a major problem. Did you know? Britain is home to more than half of the world's population of bluebells.
Scientific name: Hyacinthoides non-scripta
Rank: Species 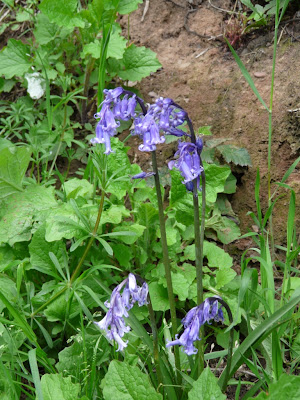 It isn't possible to embed the video into this post but please click on the links:
Woodland Spectacle
Skomer Island
Bluebell Legends

Last year I went for a walk through a bluebell wood and here are some of my photos. 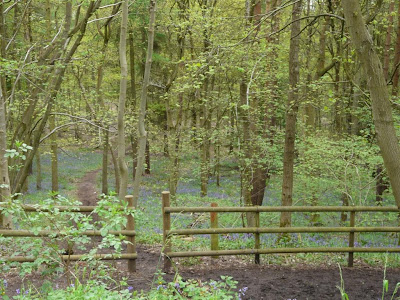 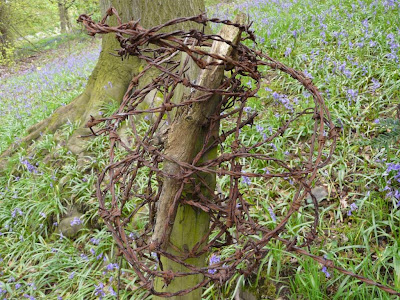 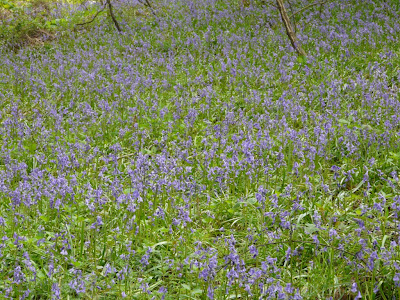 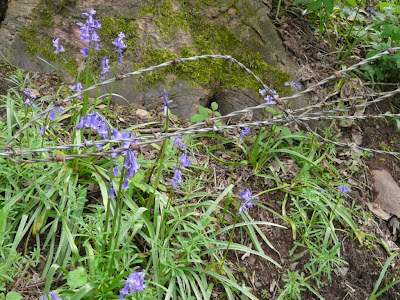 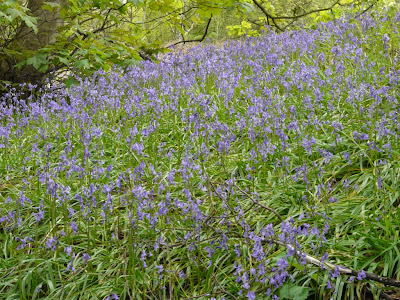 My father lived in Pembrokeshire and it was only a short boat ride to Skomer Island and we were fortunate to have the most fabulous day last year on the island.  The island is also famous for its Puffin colony and here is one with bluebells and red campion in the background. 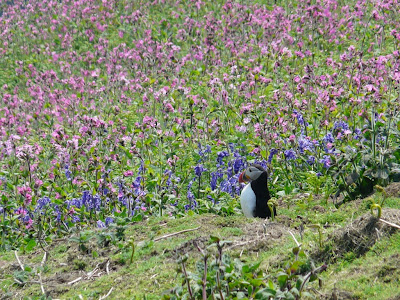 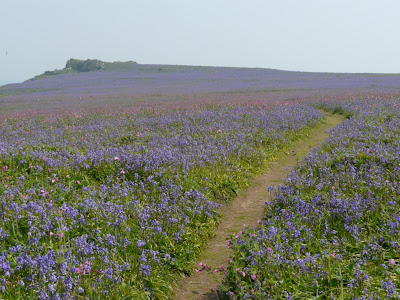 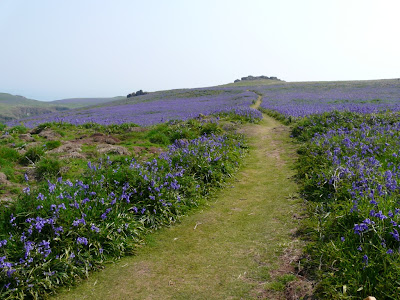 Art challenge
Susan gave us a tutorial in March about drawing.  So why not revisit the tutorial and this month use the bluebell.  You can download a pdf of a drawing I found on the internet.

Or why not give this a try?  Make an origami bluebell.

Whatever you come up with, please share it with us via the linky.