Today, in the UK, it is St.George's Day.  Although you would hardly know it as we tend to ignore it.  And yet St. George is the Patron Saint of England.  However, he is celebrated in several countries around the world. 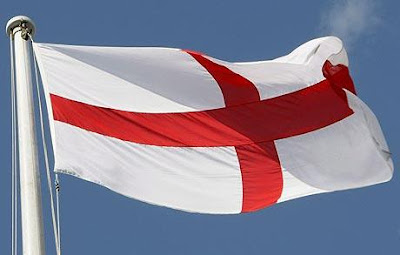 From St George's Day website
Facts of St George’s life have passed through the centuries growing in legend and myth. However, he must have been some character in his lifetime for his reputation to have survived for almost 1,700 years!

There are many accounts giving what are believed to be the facts outlining the life of England’s Patron Saint. Below are the widely accepted ‘facts’ of St George’s life. You can also find out about him on these pages:
Wikipedia 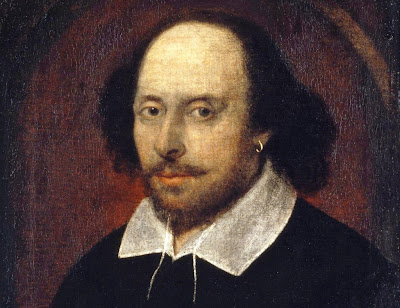 This day is celebrated in Stratford upon Avon every year on the nearest weekend to April 23rd.

If you visit Stratford you can see various buildings belonging now to the Shakespeare Trust.   These include his wife's home, Anne Hathaway's Cottage. 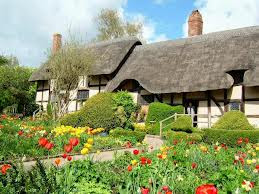 And the house where he was born. 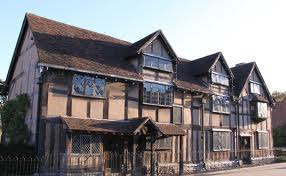 You can find out all about his plays and other works by googling his name.  There are so many sites I couldn't decide which ones to direct you to.

Art Challenge
There's lots of information on this page.  You could choose to be inspired by St. George or Shakespeare or both.

Maybe you could come up with your own dragon!

Or is there a Shakespeare play or poem that you know and inspires you.  Can you find a quote that you could use?  I use this Quote site a great deal.

If you are really stuck, I'll choose a quote for you.  My parents used to live at the top of a small hill just outside Stratford upon Avon and at the bottom of the garden there was a footpath that led to Anne Hathaway's Cottage.  Another name for a small hill is bank.  And all the flowers mentioned grew in the garden so my mother was convinced that her garden was the bank where Titania slept!

"I know a bank whereon the wild thyme blows,
Where oxlips and the nodding violet grows
Quite over-canopied with luscious woodbine,
With sweet musk-roses, and with eglantine:
There sleeps Titania some time of the night,
Lull’d in these flowers with dances and delight"